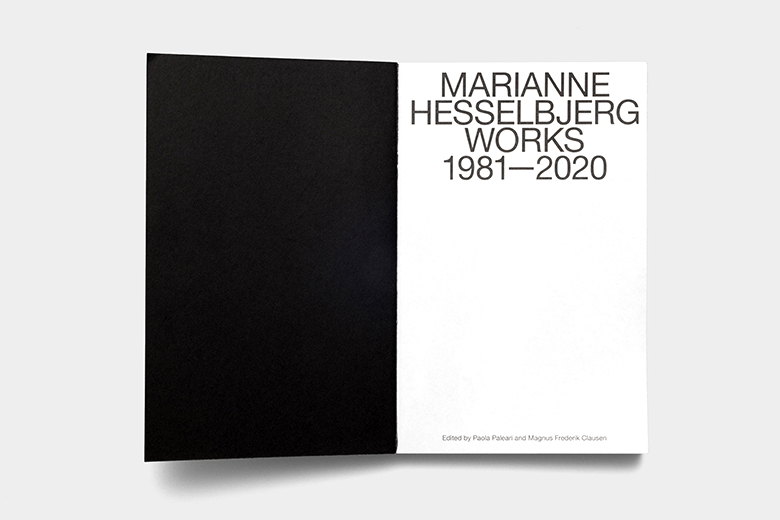 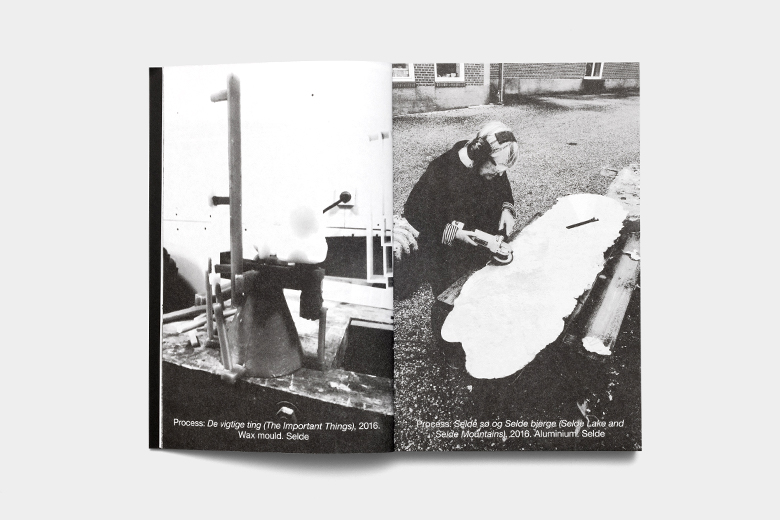 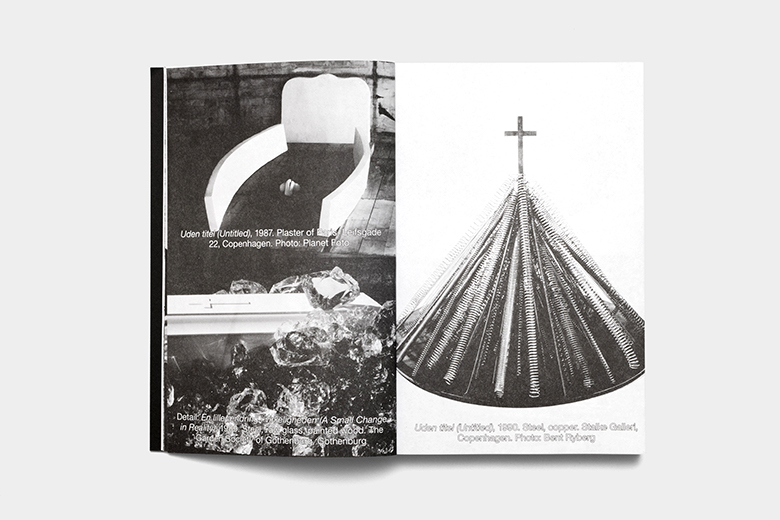 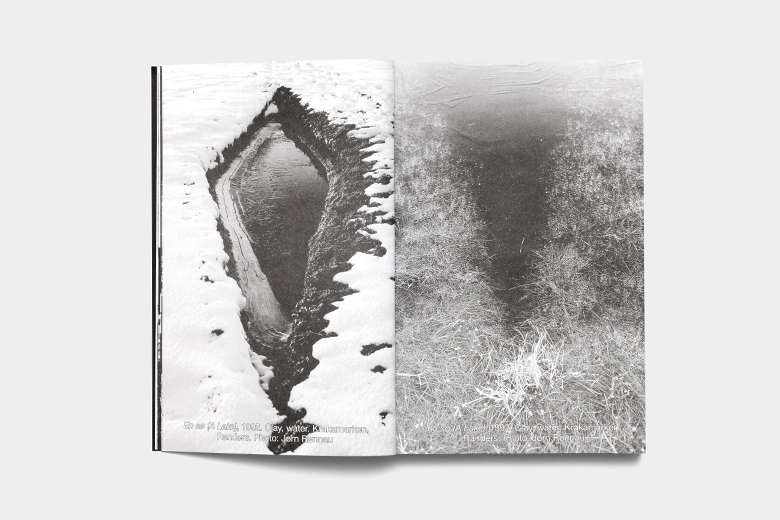 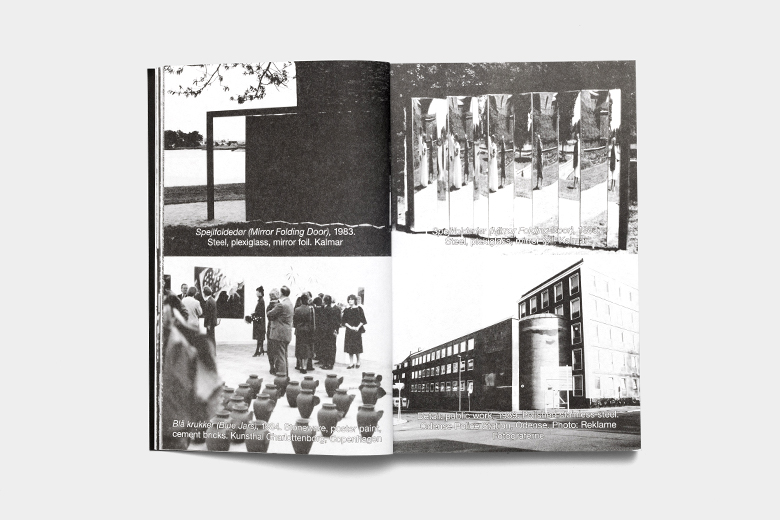 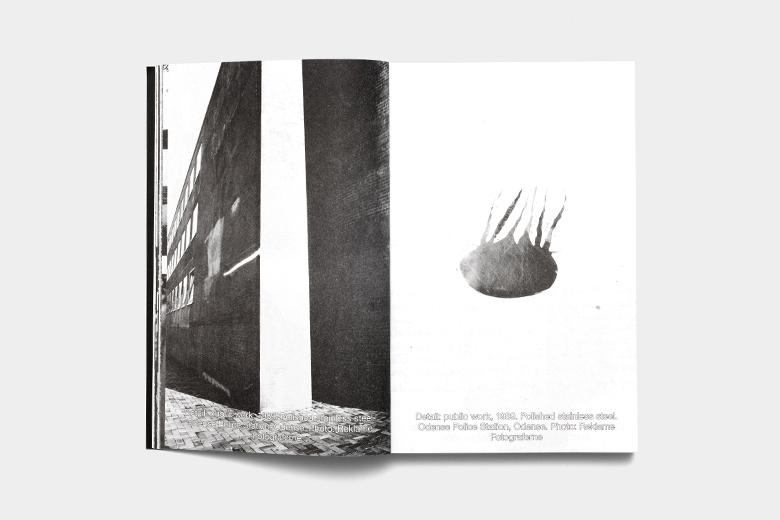 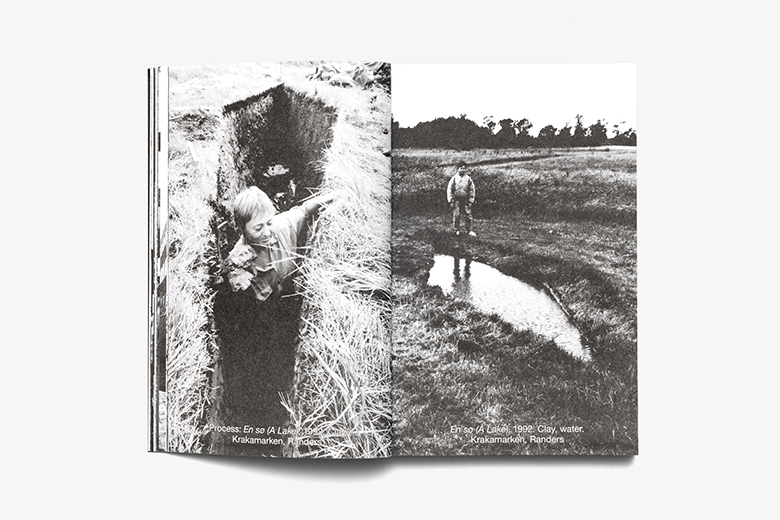 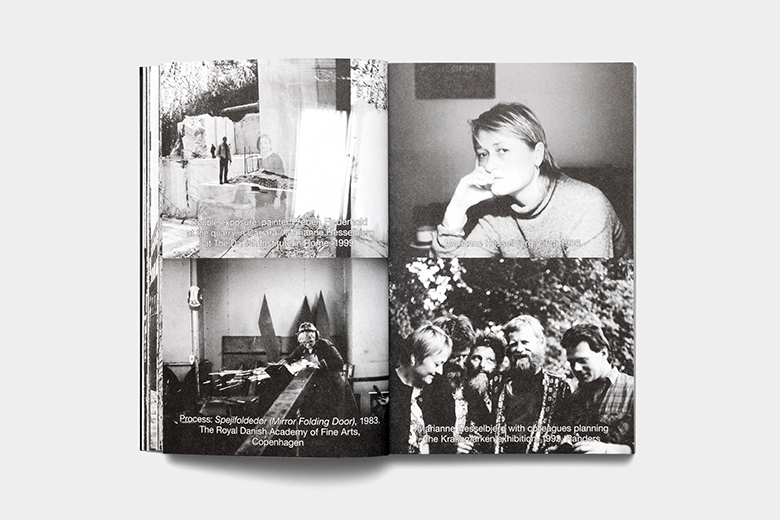 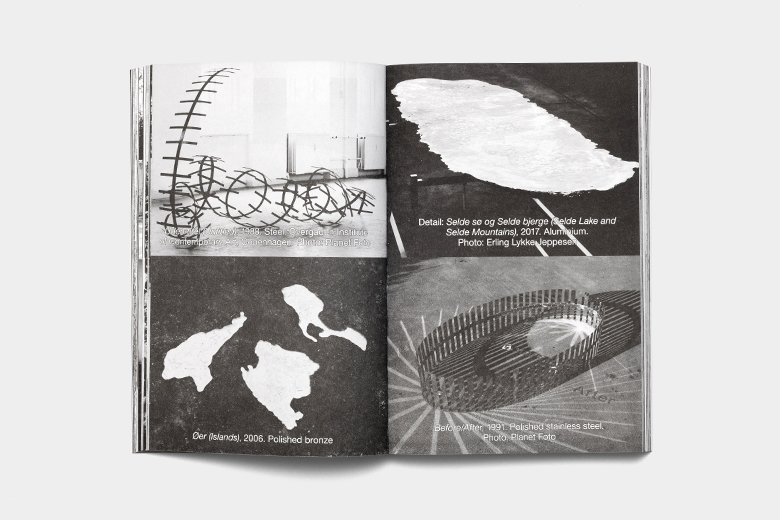 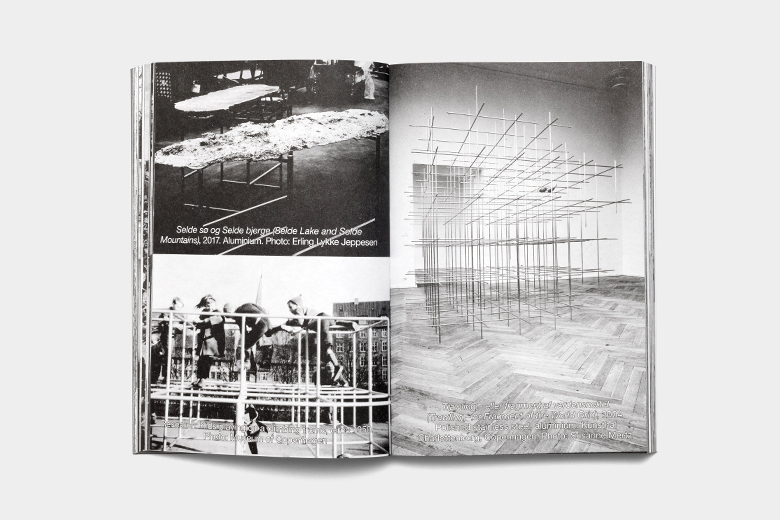 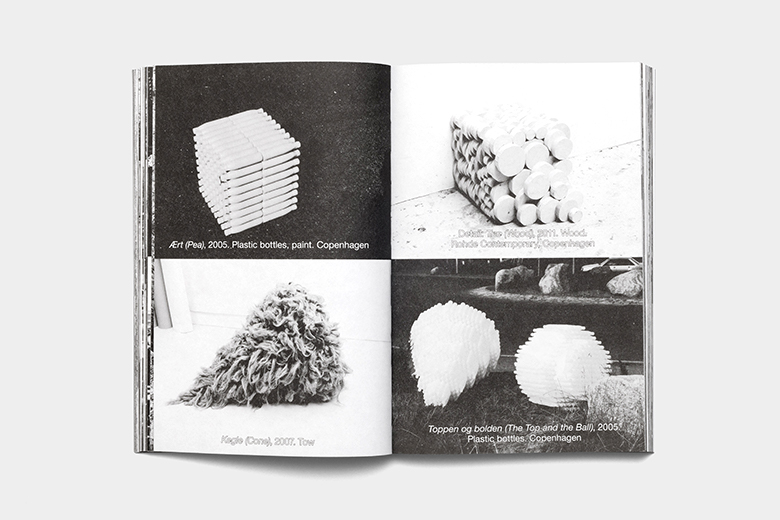 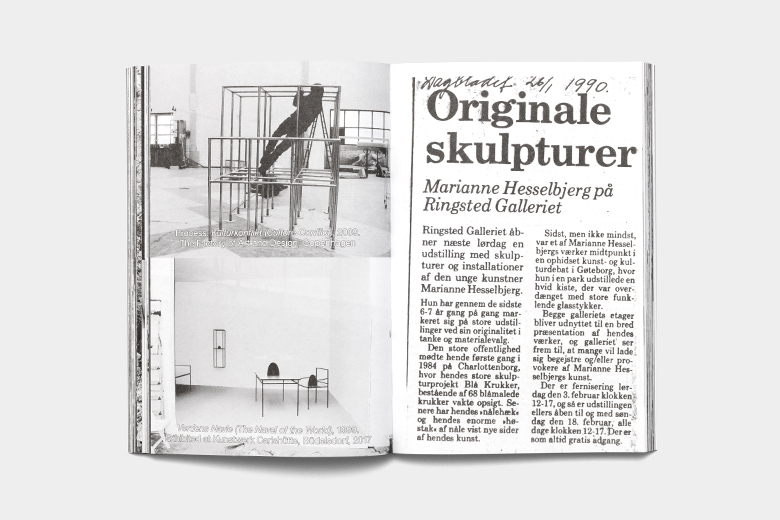 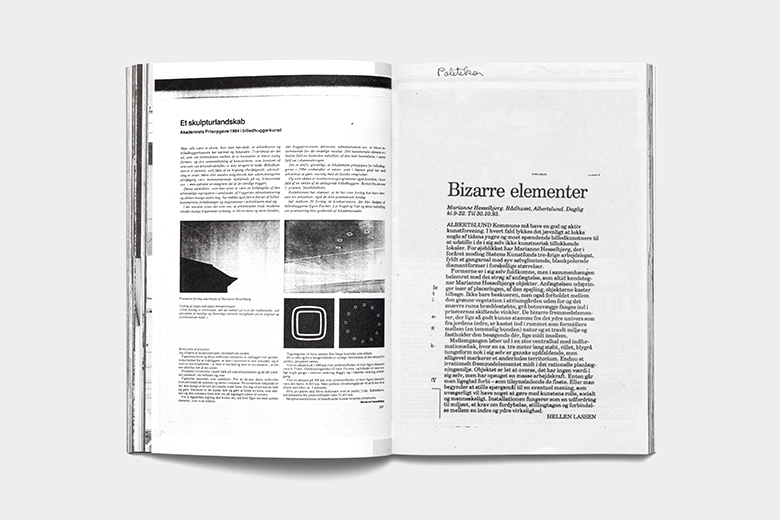 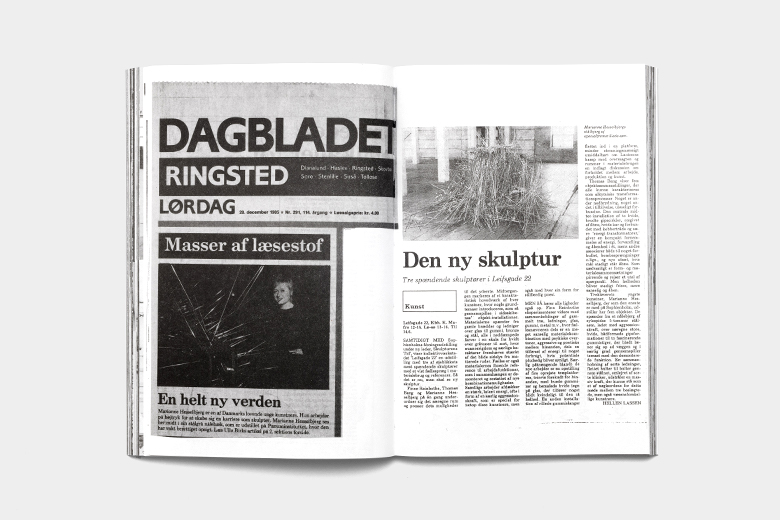 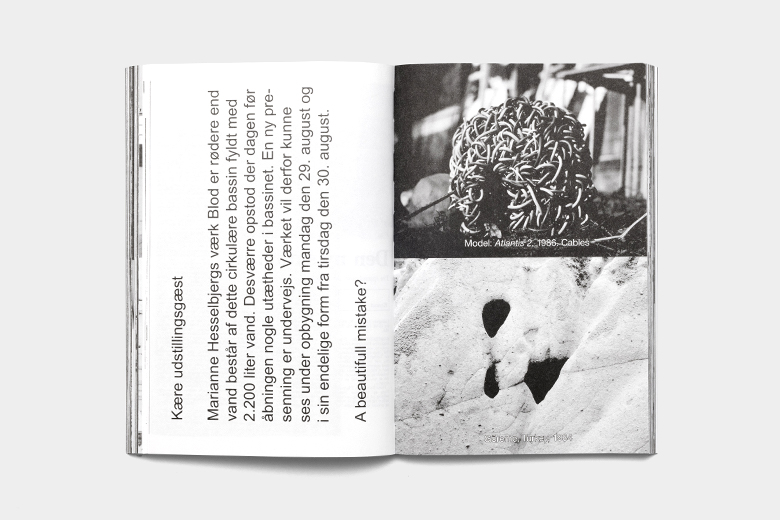 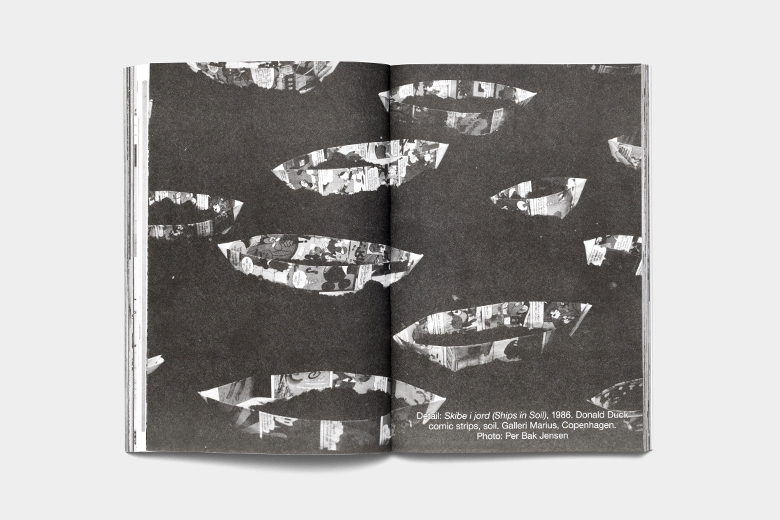 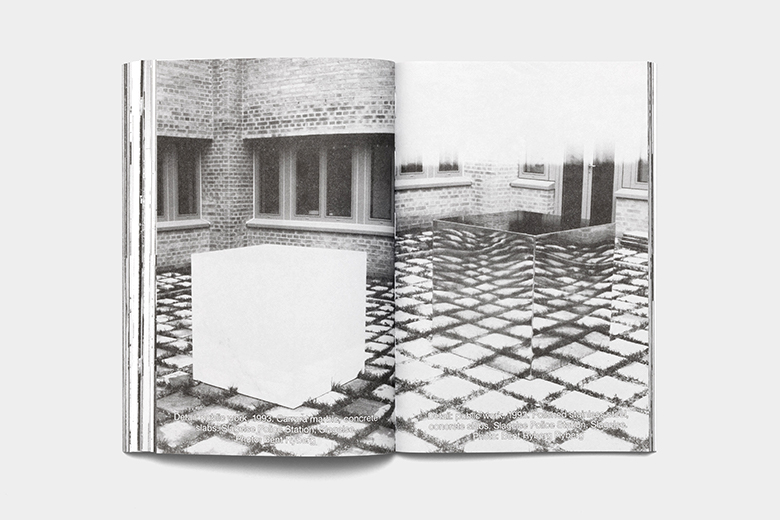 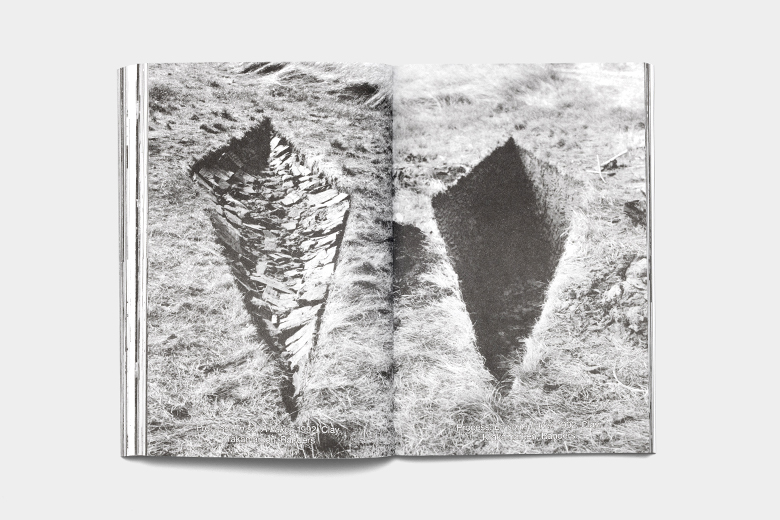 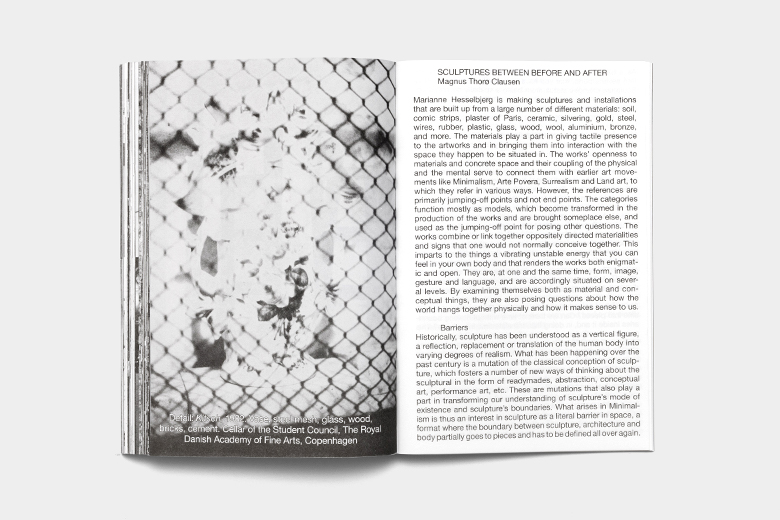 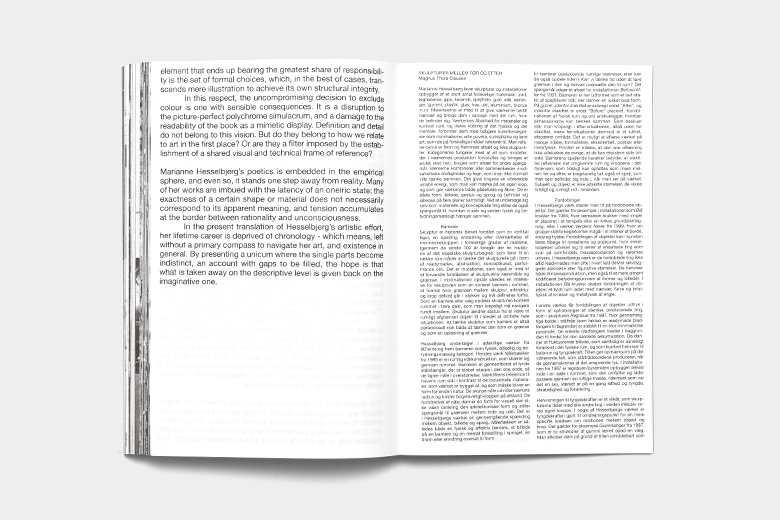 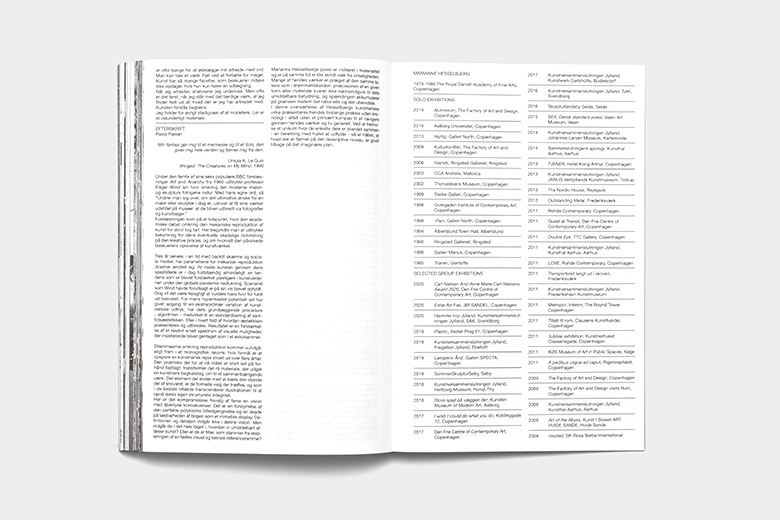 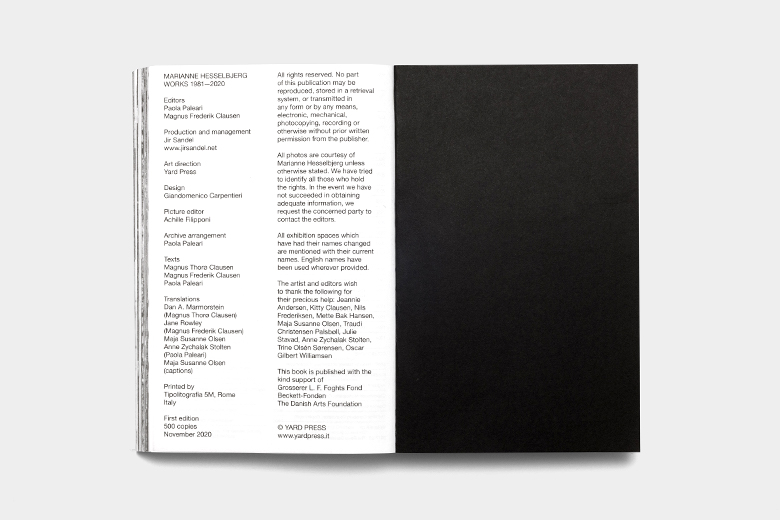 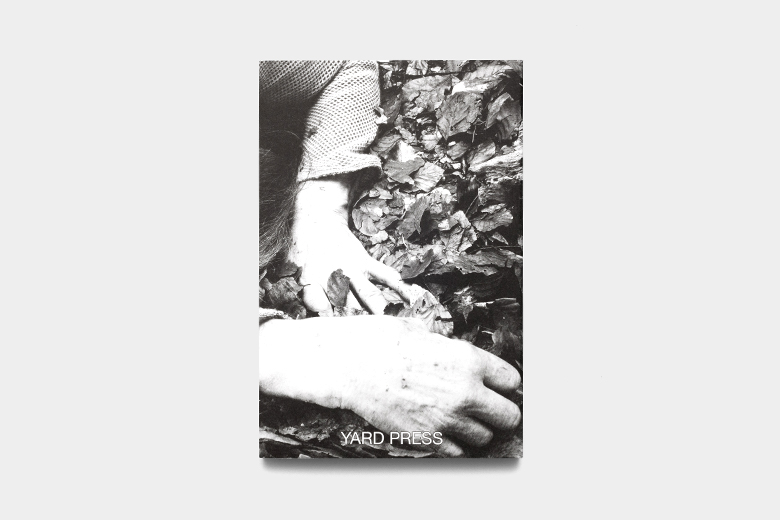 Hesselbjerg has been part of the Danish art scene since the ’80s. Her intense and dedicated work across several media – with a distinct inclination for sculpture – has resulted in large productions in museums, galleries and in the public space.
The book is an image-based presentation that covers 40 years of her career by collecting artworks, installation views, models, sketches, process and research pictures, portraits, travel snapshots, newspaper cut-outs and exhibition reviews.
The book voluntarily rejects the use of chronology and color reproduction and is built upon a severe visual paradigm, with the aim of enhancing the inner connections throughout the various phases of the artist’s record rather than its linear development and progressive achievements.
The result is a contemporary product that occupies a hybrid space between a comprehensive catalogue and an artist’s book, offering the readers an overview of Hesselbjeg’s practice while allowing them poetic room for imagination.